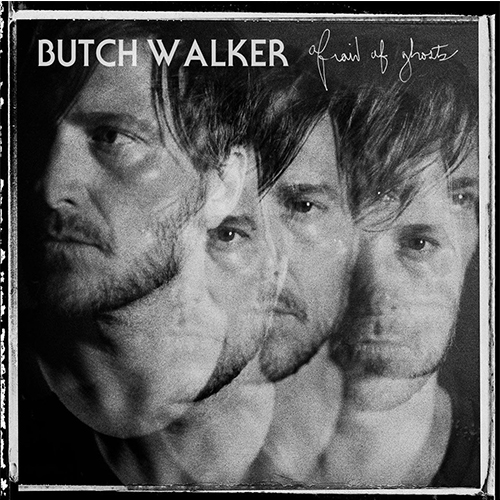 Another day, another preview to a promising musical release. Already this week we’ve had the major cannon blow that was everything surrounding The Lone Bellow and Then Came The Morning (out today!), as well as the less than stellar Justin Townes Earle companion piece Absent Fathers.

But following that little bit of positive/negative yin-yang, today we have Billboard.com dropping the full stream of Butch Walker’s 7th studio album Afraid of Ghosts. Produced by alt-country heartbreaker Ryan Adams, this record is being hailed as one of Walker’s most “deeply introspective” and a “bare bones” departure from his usual comfort zone.

And while those labels do get thrown around in exhaustive amounts (Walker might well get dubbed the next Dylan if he keeps this up), this patchwork collaboration with Adams may be the strongest artist/producer tag team I’ve heard on record in a while. Between Walker’s tales of deep personal loss and hard luck stories and Adams’ spacious warts and all production the two manage to consistently strike at the heart of this material’s writhing emotional center. Songs like Chrissie Hynde and 21+ ring out with the tape hissing vulnerability of Bruce Springsteen’s Nebraska, while Father’s Day and Bed on Fire attack with righteous emotion driven straight down to the screws.

For the most part Afraid of Ghosts stays in the range of quiet singer-songwriter and lets the vulnerability of tracks like Still Drunk and How Are Things, Love? take the lead, but Butch doesn’t forget his rock roots by any means either with brilliant shreds from the likes of actor/axeman Johnny Depp and legendary Husker Du leader Bob Mould. Afraid of Ghosts is not only unafraid to confront the demons lurking in the closet alongside the skeletons, it eagerly exorcises them through the murmurs of the departed, with a few walls of blasting feedback for good measure.

Boil Ghosts right down to it’s bleached white essence, and you have an album for the late nights, the long drives with the mists looking like spirits in the foreground, and the confessionals going down slow at the bottom of a glass. The album shows a stark and fragile side of Butch Walker most artists have already explored by their 7th album, but given tragic events like the death of his father it seems like this was just the album that was meant to happen at this time in his life.

Thankfully despite the heavy melancholic overtones that are present, I think Afraid of Ghosts makes as good a eulogy as burning effigy. It stands as statement and memorial to coping and moving on from loss, but does so with brilliance and unbeatable strength.