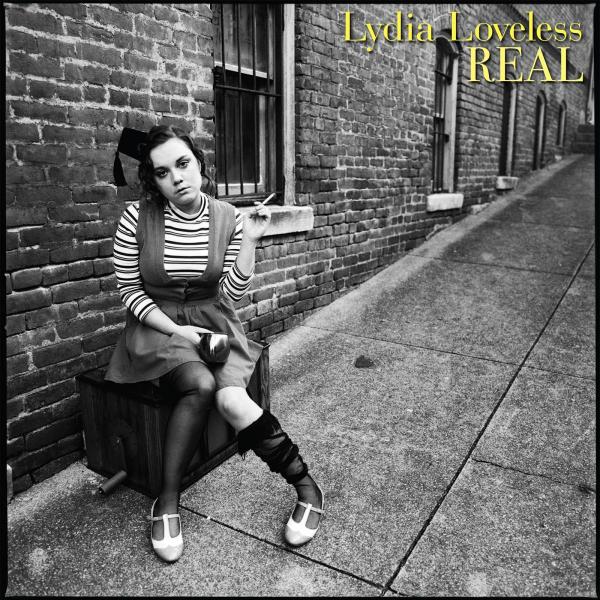 I always appreciate new female voices in the world of country and rock music. Not because they’re a relatively uncommon staple, but more due to the fact music’s modern standard for talent takes something more to really cement to my ears. There are so many voices struggling to be heard and sold in this internet-heavy age, and it takes patience to sift through what the radio and the music press just won’t tell you about.

Luckily, I’ve been extremely fortunate to hear as well as make friends with some tremendously badass ladies in the industry who’ve not only redefined the bar…. they’ve set it high. And the latest to pole vault those expectations has been none other than young country rocker Lydia Loveless and her latest album Real.

Real is the 5th release for Loveless since 2010, which makes her feel like a well-tread veteran singer songwriter at this point in her career while still only being 26 years old. Despite her age though, the “veteran” label feels appropriate as Loveless is one of those talents who sounds a good few decades older just by the way she sings. It’s a rare pleasure to bear witness to, but worth every second as she makes you feel every mile she’s put on her vocal cords and into every lyric she’s written.

Take the heartbreaking Real track “Out On Love” for instance. It’s a slow burning flame of a song that never gets above low heat in it’s arrangement, but roars with a terrible, wrenching vocal passion until it erupts in one last final cadence of cathartic release. Loveless channels her best Americana’d Gothic Stevie Nicks drawl here in a way the legendary Fleetwood Mac frontwoman could certainly appreciate, as she’s made tracks like “Rhiannon” timeless for much the same natural ability.

Though Loveless (much like Nicks) doesn’t just dwell in the arena of painful balladry. Real opening track “Same To You” is like putting Jewel and Gillian Welch through a country rock blender circa the Ryan Adams Whiskeytown era, mixing in thumping bass with a hearty hook, and hitting juice. While “Midwestern Guys” is a mixture of The Replacements, toe-tapping 90’s alt-rock, and a raw narrative on people from Loveless’s little town who weren’t lucky enough to make it out of a hectically wild youth.

The production style does hit heavier on the slick, pop side of the fence and is certainly more restrained than prior releases like Indestructible Machine. To me, that feels like both a good and bad thing. There are moments I feel like Real should let things fly a bit further, but it also brings a level of measured maturity that Machine didn’t quite possess with it’s Uncle Tupelo-esque country punk flying by the seat of it’s pants.

Regardless, Loveless excels in a big way here that’s certainly got my attention.

Keep an eye on this girl. She may have come a long way already, but something tells me her best is still yet to come.