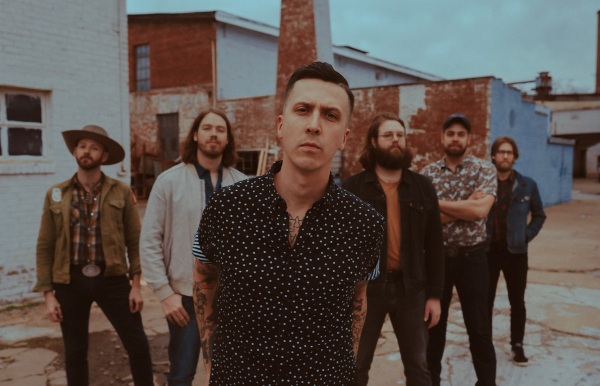 While it’s been awhile since I can say I’ve truly experienced a “hootenany”, American Aquarium’s new covers album “Slappers, Bangers & Certified Twangers, Volume 1” gets pretty close to the experience during these hootenany-less pandemic times.

The genesis behind the record was simple for the North Carolina-area group: record odes to what they felt was some of the best of 90’s country music and have a lot of fun in the studio doing it. The final product includes covers of artists like Sammy Kershaw, Joe Diffie, Trisha Yearwood and Sawyer Brown, re-imagined through the lens of AA lead man BJ Barham’s sharp edged, glassy growl.

This album was also a learning experience for me as these were never songs I heard growing up. As a child of the 90’s era, most new country music of that time wasn’t something my parents or contemporaries had on the radio. The few peeks I had over the years also just never appealed to me and seemed canned in that “Nashville Factory” sound.

But it’s kind of funny how a slightly different interpretation of a creation’s bones can quickly change your mind. American Aquarium slays these tracks (according to my ears) because: 1. This is a very talented band you should be listening to if you aren’t, and 2. Their genuine joy to perform these songs is next level.

It’s like the difference between working and having a job you love. Take “I Try to Think About Elvis” (a “Johnny B. Goode” raveup at its finest) or “John Deere Green”, which has as much redneck charm as the song’s lovestruck painting protagonist. There’s no phoning it in for the check here. This is for sheer enjoyment of the material.

“Slappers” also has a vibe similar to Todd Snider’s 2016 “Eastside Bulldog” LP. It’s a little ramshackle, bit twangy, but has so much love baked into its metaphorical crust that any misstep just makes for a perfect mistake.

And you can’t do much better than that.