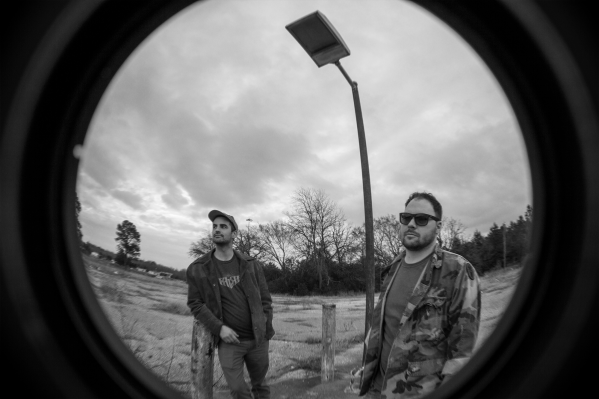 There’s a very strong early rabbit theme to Owen-Glass’ new LP The Rope & The Rabbit. There’s the title of course, but the initial track is called “Rabbit Hole” as well, and it feels very much like the dreamlike fall of Alice at the start of a pre-Wonderland excursion into this album. The pastoral folk strummer of a track begins small and grows into a varied, undulating thing. Like the rise and fall of sleeping breath into rigorous LSD fever-dreams.

How fitting then to be followed by “Here It Comes”, a Beatles Sgt. Pepper-vibing psych-rocker that makes the creatures of this “Wonderland” shuffle-dance together to a wave of Cole Humphrey’s George Harrison guitar lines and Anthony Earl’s hauntingly satisfying sax. This is all while Kelly Wayne Conley’s hushed vocals raggedly dart in and out of the arrangements, equally as capable shining on the gently-traced Springsteen meanderings of “Devil Don’t Mind” as the rugged groove of “Saint”.

Owen-Glass doesn’t hesitate to flex its strong cast of collaborators on The Rope & The Rabbit, or its desire to experiment out into different melodically-inclined avenues. It seems like a fitting decision given how many of these tracks lyrically deal with the vast complexity that is human conflict and emotion. An evocative musical backing just makes connecting to each song’s inner workings that much easier.

“General Butler” has a wry, Afro-Caribbean sway that brings to mind alt-pop outfit Jukebox the Ghost, while “Leave It Alone” is a full-on, moody burner. Meanwhile, “Paper Chains” feels like a jammier b-side off the Dave Matthews Band’s 90’s smash “Under The Table & Dreaming”.

To latch on to the word “jammier” for a moment, I applaud the group for putting out a song like “Paper Chains”. It’s a track almost 6 minutes in length that lets the musicians stretch their chops out a bit and not simply wrap up a theme in three minutes or less. In a world so dominated by digital singles and putting out work a piece at a time, to see those kind of album-focused moves (on multiple songs here) is a refreshing nod to how viable a good LP still is (and will always be).

Closing track “The Rope” returns to the humbly simple beginnings of the record as it mixes together dusty folk-rock with hints of something almost… chamber pop Parisian. The Rope & The Rabbit is content to keep the listener from just that, being content. Getting comfortable with good music and getting too boringly acclimated with what you’re hearing are two different things, and the latter usually lie forgotten after a time. Not so with Owen-Glass or this album, which offers the kind of intriguing variation to keep me going back to the start of “Rabbit Hole” to begin the journey again.

Check out more on the group and order the album on owen-glass.com!

Making a double album is a downright arduous task in modern music today. Lengthy epics from pioneering artists in rock, soul and so many other genres in the decades past have been replaced by one nagging fear:

The attention span of the modern audience.

In an age where digital is still king while vinyl/physical media churns on in the shadows, the value of an album as a whole has been reduced to singles and sound bites in the modern audience’s ear. And sadly many artists have followed suit, releasing just enough quality for plenty of radio play and iTunes downloads while the material as a complete statement tends to suffer.

This has worked so well in fact that you’ll often find once overly prolific musicians censoring themselves just to fit into the mold. And while I can understand that in some sense, I think it creates too much overthink and not enough bravery to just create.

Thankfully the lads in Third Class have disregarded this stereotype on their latest LP Virginia’s Playlist. The Ohio-based group has created an unashamedly honest patchwork quilt of subjects on this record, ranging from birth, death, childhood, love (and falling out), simply adorned poetry and the innocence of just experiencing what the world is all about once you move out past your front door.

Accompanied by spare arrangements of piano, ramshackle electric/acoustic guitar, backing vocals, hand claps and ever-shifting ambiance, lead man Lee Boyle and co. take charge as the musical element in what feels like a many act play. At times on this one Boyle reminds me of Weird Al Yankovic when he appeared on the Ben Folds album Songs For Silverman. Capable of the comedic or what some might expect to immediately be lighthearted, when in fact he’s much much more.

And much more is what’s needed when you feel so personally embedded into the concept of Virginia. It’s less of an album at times as much as a scrapbook of tapes, aforementioned poetry, personal statements and a woven tapestry of spoken word against song that creates more context than the music alone could ever do by itself.

It almost feels voyeuristic to the listener in a way without pushing that envelope too far, yet is just as beautiful for all that it reveals. It makes me feel the memories being replayed as though I were there, while almost making me sad that I wasn’t able to truly live them.

Say what you will about the YouTube/Facebook era of overexposure, I know I would have enjoyed recording on tapes for no other benefit than my own amusement. And there’s something about that type of nostalgia that rings more true than Keyboard Cat any day.

They just made the most true sounding, human mix tape I’ve heard in a long time. That type of humanity could go a long way in a musical world much too hung up on the same dried out process of just earning a buck.

Do what drives you. And make it as first class as Third Class does here.

Stream Virginia’s Playlist now over on http://www.thirdclass.net, and make sure to follow the band on social media!

As anyone with most anything resembling a pulse has heard about these days, Adele Adkins (or just Adele for short) has a new album on the way. It’s called 25, drops worldwide tomorrow, and is her 3rd numbered LP since 2011’s 21 and 2008’s 19. And while that may seem like a limited stat sheet on paper, Adele has been a titanic figure in music that makes the concept of a smash hit pale by comparison.

She’s racked up awards both here and at home in Britain, has spent record-breaking amounts of time on the Billboard charts, and has been ranked again and again as one of the greatest female vocalists in all of music. So I suppose it goes without saying that with these thoughts in mind, there’s been a certain level of expectation surrounding the imminent release of 25. Even to the point that the very music industry itself seems propped up by the notion of sending out about 3.6 million units that are going to hit the sales chart like wildfire.

So… you know, no pressure or anything.

From my perspective, I worry about saddling any album with that kind of high bar before it’s even had a chance to be widely heard. Firstly because there’s easily a chance that it could fail to be that Golden Goose to fans and retailers, and secondly because it just seems highly presumptuous to label anything as the “best of it’s decade” (which I’ve already heard once). Looking back on noteworthy albums from musical history, it often takes several decades before we look back on that art as the proper masterpiece that it ultimately turned out to be. Point being, so much of everything we create deserves that time to grow it’s own wings before we fly it too close to the sun.

And as it is, 25 doesn’t need the help. Four years down the line a lot may have changed in Adele’s world, but the cornerstones of what’s made her a superstar have only gotten stronger with the lacings of maturity and time. The power of heartbreak and nostalgia are still as present as ever, but more within a photo’s frame and less directly inside what drives the current state of her songwriting. She’s had a child and gotten to a happier place in her life since 2011, so while the terrain may have changed and there isn’t exactly a “Chasing Pavement” or “Someone Like You” on this record… 25 still doesn’t lack for it’s fair share of soulfully gripping potency.

Despite becoming meme-worthy on the internet, “Hello” is the type of soaring, brood-y balladry that Adele’s made into an art form, while “River Lea” is vulnerable introspection made slinky gospel, “All I Ask” is a perfectly pleading piano bar serenade, “Million Years Ago” is stripped down Parisian-esque sentiment, and “When We Were Young” might just be the brightest and most tightly constructed gem on the entire record. It’s a song that’s pure sepia; flipping through dog-eared scrapbooks as easily as brilliant hooks on the way to a swan-like swoop of vocal triumph. It’s a theme that emerges time and time again to be “just like a movie” on 25 that never stoops to predictability or becoming cookie cutter.

Instead, whether it’s with creations as familiar as the bluesy soul that first brought her to prominence or as far off as the type of vividly swaying pop that made Taylor Swift’s 1989 such a success, Adele’s 25 is one of the greater examples of an artist delivering on expectation with some of the strongest and most consistently gorgeous material of her career. And that’s certainly no easy task given the high marks set by 19 and 21, but she accomplishes it with a level of control and ease that’s practically astonishing.

Perhaps I shouldn’t be so surprised by now, but it’s hard not to be when you witness someone who’s not even at their artistic peak yet continue to deliver such powerhouse precision. That doesn’t come along often per generation, and while I’m still not going to anoint 25 as one of the best of the decade, I will sit back and enjoy it as one of the best of 2015. 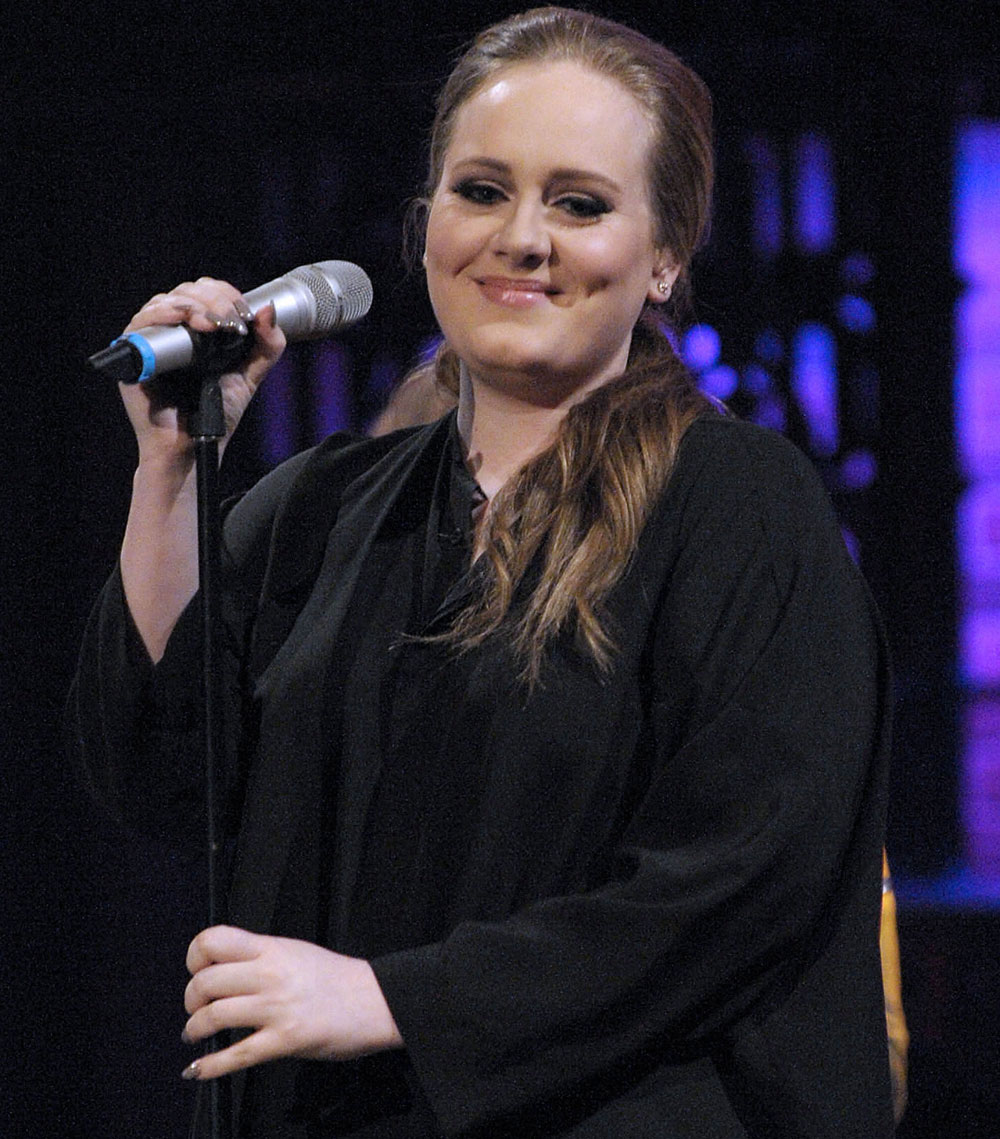 “Hello, it’s me”. It certainly is Adele, and after four years…. what a way to make a statement.

Notable songs: “When We Were Young”, “All I Ask”, “Million Years Ago”