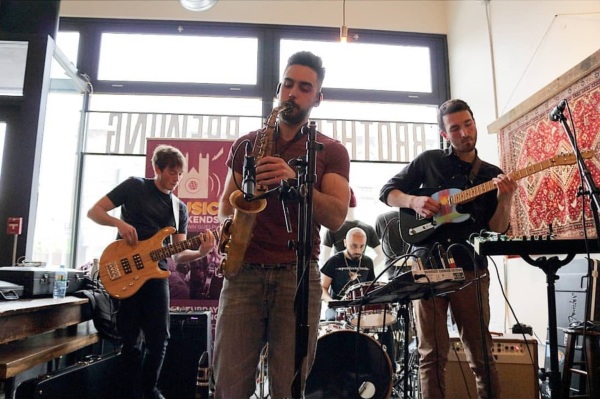 Instrumental-based music is a fascinating case study that really exposes the true nuts and bolts of a song and how it functions from a dictionary A-to-Z.. And that all gets started with the group’s players. Because for every high-power vocalist and scene-chewing frontman holding down the spotlight, there’s guys (and girls) playing pivotal roles like drummer, bassist and guitar player out there excavating their own bits of melodic truth.

While Robert Plant will always be Robert Plant, it certainly didn’t hurt to have Jimmy Page and the rest of Zeppelin around making sure the whole rocking production didn’t go sliding off one big crashing, musical cliff.

By letting the instruments handle the “singing”, I feel as though that grants a greater window into the true artistry gifted musicians present in their work. It’s a lot of time, attention, detail and PRACTICE to be good at the sound that you play and aspire to put out into the world. Then, once that happens, its the job of fans like myself to witness as much of it as possible and rave about it in writeups like this. As any good diehard does of course.

Luckily I have that privilege once again with the group I present you now: Dog Drive Mantis with the music video for their new single “Volta”, premiering right here on OTBEOTB.

While I must admit at initial introduction the band’s rather heavy-metal-sounding (and awesome) name and song title had me thinking of a slightly different sound, what I discovered left me impressed.

“Volta” begins as a dreamy, humming psychedelic lullaby as the band starts to settle into their groove. The track then proceeds to dip into moody, rising rock, Dave Clark 5 jazz-isms aided by some stellar saxophone lines, and a dipping, darting pace that keeps the track’s ultimate vision fun and excitingly upbeat. The boys in DDM seem to have a tight, well-honed chemistry together as well as they handle all the song’s rhythmic twists and turns with ease and spread a wealth of influences out on the table while doing it.

And when it comes to the video, while there’s still something to be said in art for productions in music, sometimes the best thing is simply being able to witness the live performance, unadorned. Getting to see those slivers of a show’s intimacy and/or bravado as though you’re right there in the room with that vibe. It’s also a sign that the talent you’re hearing isn’t staged or endlessly studio enhanced to sell a digital single. It’s a real, spiritual thing wrought from hard work and the love to create art.

So if you haven’t already, check out the electricity of Dog Drive Mantis and how it sparkles here. You won’t regret watching them go to work.

Check out DDM all over social media as well as on https://distrokid.com/hyperfollow/dogdrivemantis/volta where you can buy or stream the new single to your heart’s content!