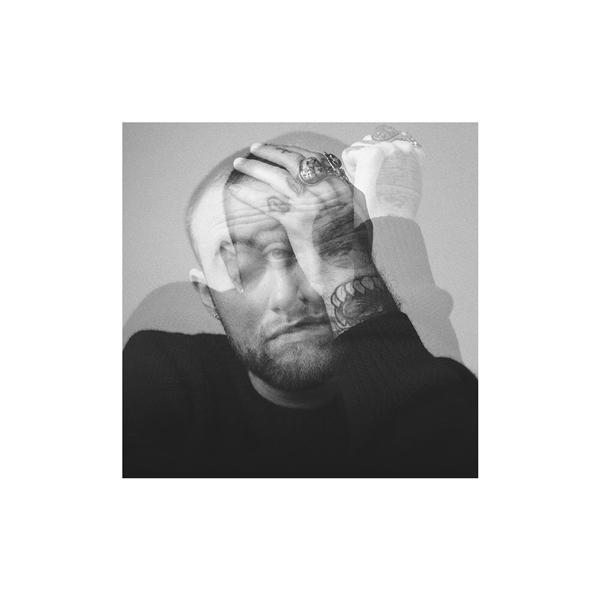 I was inspired to put on Mac Miller’s Circles album today after listening to the re-release of his heralded mixtape Faces (out on physical and digital formats now). Circles came out in a certain life period for me pre-pandemic that was a mixed bag where I needed just what that record was saying. I had chosen to leave media and was doing a different job I was having a tough road accomplishing at the time, there were many dark fall and winter days, and real or perceived I felt very isolated, aimless and out of place in my world.

Often on lunch breaks I’d just go to my car alone and quietly listen to Mac. Not drumming for sympathy, just how I preferred the menu when the pressure was off as a way to decompress. The selection was usually Circles or the equally brilliant Swimming (with some Faces and The Divine Feminine in between). Despite how real and raw that material is, it also had its comforts; often in being so easily relatable through the experience and resilience of human rising and failing. Getting up off the mat even after confessing to the mortal wound lying within one simple phrase: I’m not doing well.

Miller sadly lost his fight through the darkness, but the light of what he left behind still signals to anyone struggling you aren’t alone dealing in it. Music is (or should always be) an all-inclusive playground to those hurting in ways we can and can’t identify. Kid Cudi’s Man On The Moon trilogy and Speedin Bullet 2 Heaven LP also speak bluntly on the same pains, and those works are just a drop in the bucket of creators who bare such vulnerabilities. Personally, I hope each beneficial note can aid in the spread of more honest conversations on subjects like mental health and being secure in sharing basic emotions with meaningful people in your life.

Normally OTBEOTB is a blog I keep pretty on the narrow reviewing new/indie music, but I’d also like to mix in more of my honest introspection on the overall art as well.

I reminisce on these moments with Mac as I’m set to be fully healthy and pain free from wrist issues for the first time in years, and with that is coming major change. I’m not exactly sure what yet, but the great thing with Mac, Cudi and every artist that matters on this level… in the digital age they’re never far from me in being any needed support. And in that, I feel some optimism. Despite the many young artists like Mac who should still be with us.

After all, great music expressing you… can make all the difference of a world’s weight.