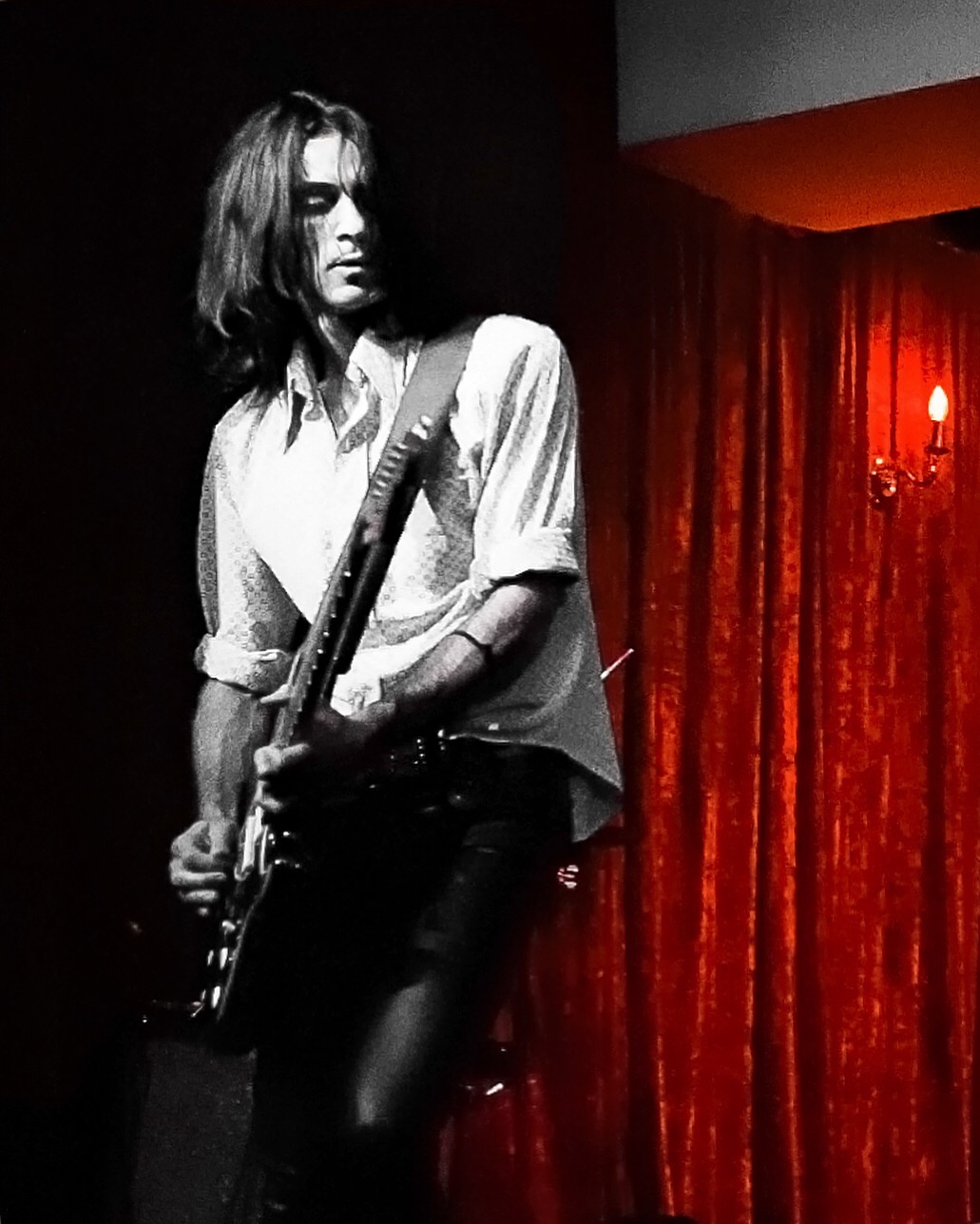 Once again, I am beyond excited to exclusively present another guest post for the band Silver Relics as they documented some of their experiences on a recent international tour. I have to give a big thanks to both Alex Sepassi and Justin Alvis as well as their crew for wanting to help create this, would love to do plenty more of this in the future!

Justin caught an early flight ahead of Howie, Brandt and myself into Manchester. We headed straight to our hotel to try and get some rest before our first ever UK performance. It was only about a 5 minute walk to the venue so we had plenty of time to explore the Night and Day Cafe located in the center of the city. This venue is spectacular. The type of place that makes you want to take photos.

Soundcheck was relaxed which gave us plenty of time to get to know a great group of guys and a fantastic band, Electric Cheese. The overall feeling I had from this place was that everything has to be earned. It’s not a  very forgiving city until you’ve gained the respect of the locals. I don’t need to get into how many brilliant artists originated from Manchester. It’s understood. And if you aren’t aware of that then you sure as shit will once you walk by any venue. This city is home to many of my biggest influences, so to be a part of it, even for a day is amazing.

Shortly after soundcheck, in walks Mark Burgess and friends. Mark’s an extraordinary artist, writer and the frontman of The Chameleons, a legendary band with roots firmly planted in this city. It was a privilege to perform on this stage. Afterwards we received this review  from Mark that we’ll forever appreciate:

“On the recommendation of a friend I caught Silver Relics performing a set at Manchester’s Legendary Night and Day Cafe. Playing a debut show in the centre of Manchester is never easy at the best of times and Sunday nights are the not the best of times, but Silver Relics from New York definitely lit a flame under those present. I was pleasantly surprised and deeply impressed by this duo, comprised of real drums, and talented drums at that, a rock and roll guitar worthy of the name and some soulful vocals, what’s more there  were a few seriously impressed Mancunians around me that shared that view. Some great, vibrant original songs augmented by a really fun cover of Depeche Mode’s ‘Never Let Me Down ensured that everyone ended the night in good spirits and with huge grins on their faces.

We’re starting to get our asses kicked at this point. Not a lot of sleep and we’re about to do our  5th show in 5 days. Here we are on our way from Manchester to Brighton:

Everybody loves Brighton. We arrived when it was 75 and sunny. We linked up with our brilliant photographer,  Kevin McGann, who happens to be one of our favorite people, so we already knew it was going to be another good night.

Green Door Store is below the train station in an old refurbished stable-turned-venue. The sound in this place was spectacular. Our label mates, Autorotation, put on an amazing performance to start off the night. They’re moody, sophisticated and inviting. We loved everything  about this night, especially when we met with Chemlab frontman Jared Hendrickson. This man is amazing. He embodies everything I respect in a musician  with the same type of confidence found in Mark Burgess. Here’s what he had  to say about the evening:

“I just saw the Silver Relics, a band from New York, play their first show at the Green Door Store in Brighton, about an hour south of London. They’ve been playing dates around the UK and dropped into Brighton just before heading up to play the Old Smoke. I knew their songs from listening to their Generic album, but I really didn’t know what to expect from them live. Having performed in bands for years myself, a good live show is important to me.

Being able to perform  with intensity and brio no matter the attendance is crucial too, and Brighton brought the challenge because the audience, though very enthusiastic, was small. Lame bands underperform when in-front of a small audience, but the Relics displayed utter professionalism by stepping up to the mic and ripping the lid off the Green Door. From their opening number, Fame, to their raucous closer, Cardiac, they roared through their tight set as if they were playing to an audience of a thousand.

The lights hazed and the colours boosted and the audience was hooked, cheering and whooping up a storm. Justin pounded his kit with a combination of precision and abandon that was a delirious pleasure to watch. Drummers aren’t always worth watching, but this guy was a show all on his own, ranging from delicate, intimate moments to all-out Grohlian bludgeon. Alex Sepassi is the perfect front man, simultaneously inviting and yet wrapped up in the world of his songs, his voice just the right mix of sandpaper and silk as he sashayed and swayed around the stage like the missing link between Keith Richards and the unbeatable Wilko Johnson.

With a sound that sets the pop perfection of The Kinks and The Beatles on a hard collision course with the dark dreams of  “Pornography”-era Cure, the gorgeous sonic wall of bands like My Bloody Valentine and a lick of The Verve before they went right up their own asses, Silver Relics are perfectly poised to take the UK by storm.

Bring them back soon. I can guarantee the room will be packed after that show!”

1 a.m. train to London with Brandt and Howie. Justin’s staying the night in Brighton , which was a smart move by the way. London was the perfect place for our final show on this run. The Islington is a gem. We showed up to deliver the best of what we had. This performance was a challenge since we knew this one was going to be the last one until our next trip over. Justin and I love everything about the stage, so you can imagine how happy we were after 6 shows in 6 days. We were joined by our friends, Autorotation and Cyberwaste. It sounded and felt fantastic and we couldn’t have asked for a better spot to perform.

We learned so much on this trip. Performing “Generic.” in front of the people and the places that have influenced me since the beginning was so important to me. Important for us. Something happens when we strip away everything and we’re left with ourselves, our instruments and the people in front of us. We walked away knowing that this record and these songs are something we absolutely need to keep sharing with all of you.

Thank you to every one for your support and to those responsible for getting us here.

We’ll be back there and to a place near you soon.