Making a double album is a downright arduous task in modern music today. Lengthy epics from pioneering artists in rock, soul and so many other genres in the decades past have been replaced by one nagging fear:

The attention span of the modern audience.

In an age where digital is still king while vinyl/physical media churns on in the shadows, the value of an album as a whole has been reduced to singles and sound bites in the modern audience’s ear. And sadly many artists have followed suit, releasing just enough quality for plenty of radio play and iTunes downloads while the material as a complete statement tends to suffer.

This has worked so well in fact that you’ll often find once overly prolific musicians censoring themselves just to fit into the mold. And while I can understand that in some sense, I think it creates too much overthink and not enough bravery to just create.

Thankfully the lads in Third Class have disregarded this stereotype on their latest LP Virginia’s Playlist. The Ohio-based group has created an unashamedly honest patchwork quilt of subjects on this record, ranging from birth, death, childhood, love (and falling out), simply adorned poetry and the innocence of just experiencing what the world is all about once you move out past your front door.

Accompanied by spare arrangements of piano, ramshackle electric/acoustic guitar, backing vocals, hand claps and ever-shifting ambiance, lead man Lee Boyle and co. take charge as the musical element in what feels like a many act play. At times on this one Boyle reminds me of Weird Al Yankovic when he appeared on the Ben Folds album Songs For Silverman. Capable of the comedic or what some might expect to immediately be lighthearted, when in fact he’s much much more.

And much more is what’s needed when you feel so personally embedded into the concept of Virginia. It’s less of an album at times as much as a scrapbook of tapes, aforementioned poetry, personal statements and a woven tapestry of spoken word against song that creates more context than the music alone could ever do by itself. 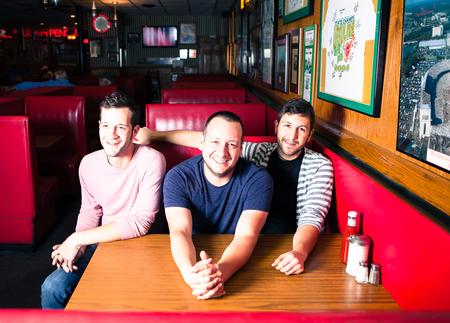 It almost feels voyeuristic to the listener in a way without pushing that envelope too far, yet is just as beautiful for all that it reveals. It makes me feel the memories being replayed as though I were there, while almost making me sad that I wasn’t able to truly live them.

Say what you will about the YouTube/Facebook era of overexposure, I know I would have enjoyed recording on tapes for no other benefit than my own amusement. And there’s something about that type of nostalgia that rings more true than Keyboard Cat any day.

They just made the most true sounding, human mix tape I’ve heard in a long time. That type of humanity could go a long way in a musical world much too hung up on the same dried out process of just earning a buck.

Do what drives you. And make it as first class as Third Class does here. 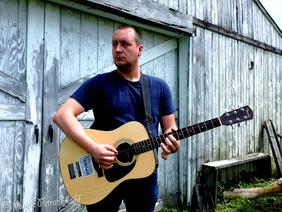 Stream Virginia’s Playlist now over on http://www.thirdclass.net, and make sure to follow the band on social media!