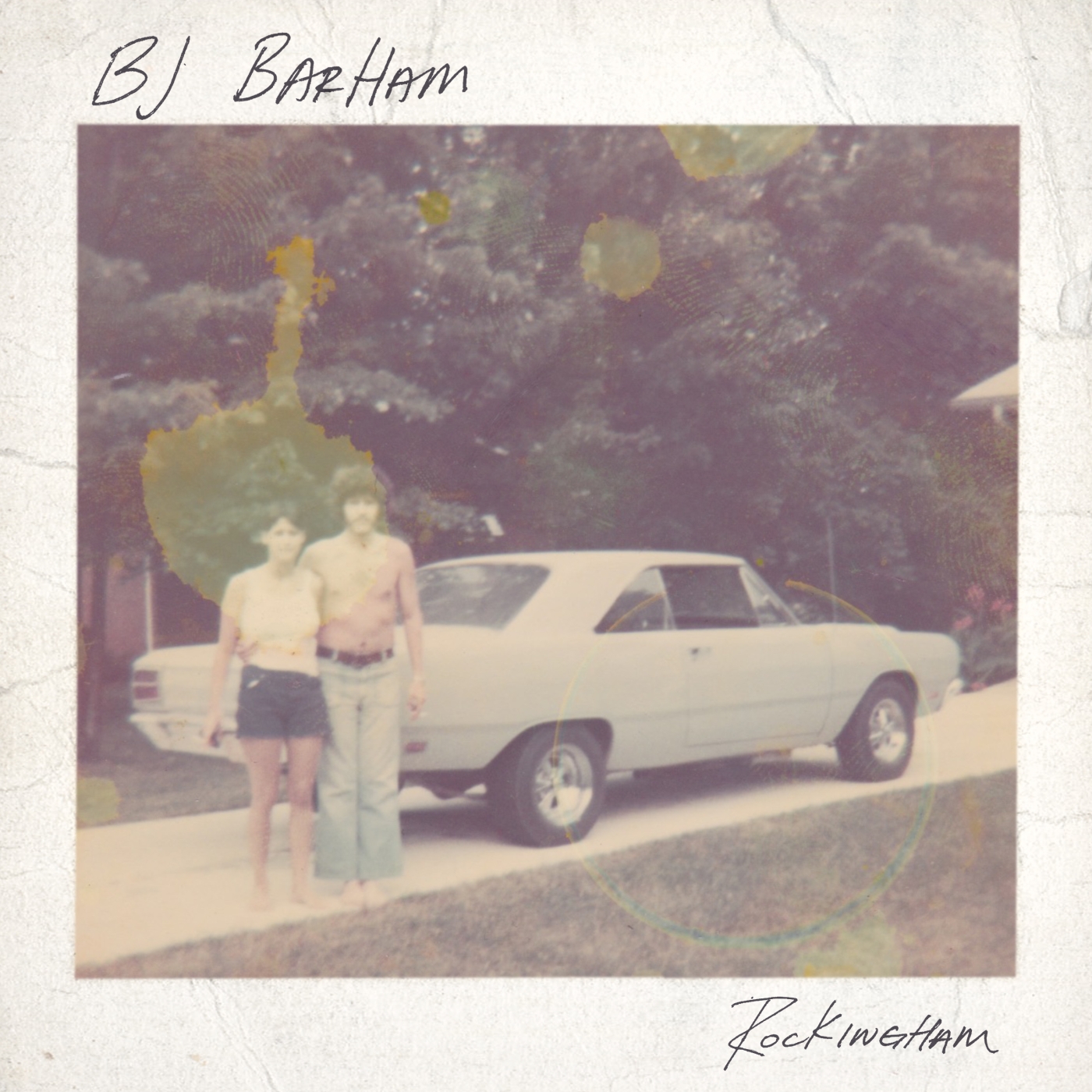 The phrase “Southern Gothic Americana” may be the widest set of metaphorical body parts I’ve ever dug up and Frankenstein’d together in attempting to describe one album’s genre of music. It also may be one of the more unusual terms I’ve ever put in print here on OTBEOTB, but I promise it’ll all make sense in just a matter of a few paragraphs.

When I think of a phrase like this and attempt to paint a picture of it…. the first word I think of is stark. Plain grass and backwoods framed houses in towns whose names are just as quickly noted as they are forgotten by travelers passing those familiar green road signs dotting the rustic landscape. Unassuming places to the casual observer, but beneath the surface lingers a thousand stories of tragedy, heartbreak, birth, death, pride and a blue collar struggle that’s run on longer than the roads can ever hope to stretch.

The closest musical elder to that portrait is Bruce Springsteen’s Nebraska, an album originally intended for Springsteen and his E Street Band but eventually reimagined as the stripped down lo-fi cast of working class lovers and losers it began as in the demo phase. Nebraska illuminated Springsteen’s still growing songwriting during one of his most prolific periods of musical history by not illuminating him at all. The words and stories remained, but gone were the layers of chunky guitars, Roy Bittan’s airy flow of piano, and most any traces of that trademark Asbury Park anthem-seeking. Instead, the album was a densely knit fog of shattered souls, uncertain futures and depressions laid bare to the world beneath a set of window panes as dingy as the album’s cover.

It’s a dark listen that remains one of Springsteen’s most underrated, yet certainly is one of the heaviest to emotionally journey through. 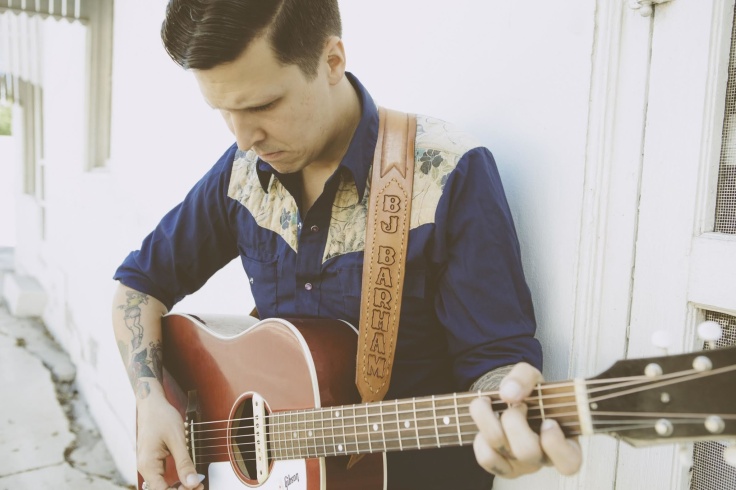 I found myself having many of these Nebraska reflections while listening to BJ Barham’s similarly toned upcoming August 19th solo release Rockingham. The Pledgemusic-funded project also finds Barham (like Springsteen) momentarily breaking away from his band American Aquarium in order to release a small set of songs that made the most sense stripped right down to the bones.

The end result is a cross somewhere between Springsteen, Woody Guthrie and Kris Kristofferson. Barham is the essential “pearl snap poet with bad tattoos” (as he once coined himself in the AA song “St. Mary’s”) who’s gruff, ragged around the edges vocals hold inside them one of the more underrated storytellers of this generation.

Barham is very Guthrie-like in the way he can embody the Dust Bowl farmer with no way out on the dirge-like “Water In The Well”, the real life story of his grandfather on “American Tobacco Company”, or the Bonnie & Clyde pushed to the brink in “O’ Lover”. It’s not just that he can tell the story of the common man, he can make you feel every breath of his characters. Whether their stories happen to be real, or just well-crafted fiction.

Regardless you grasp every straw of that emotion in the desperate sadness of a husband meeting/losing his wife in “Unfortunate Kind”, the father entrusting his every bit of wisdom on an often troubled world to a newly born daughter on “Madeline”, or in the embodiment of simple Southern life on the rootsy title track. Barham expresses a tender respect for his North Carolinian background all across this record actually, but never resorts to the kind of chest-thumping, overcompensating, flag waving, tractor driving stereotypes that modern mainstream country music has bogarted the hell out of in recent years.

Instead, he paints us a bit of that image I attempted to sketch for you earlier. Like every note was carefully built with his own two hands. Not by using the idea of women in tight jeans or Red Solo Cups as a centerpiece (I’ve got my eye on you Toby Keith), but by just relaying to the listener the often harsh or dirt poor realities of life in the small town South. And just like any average life, it’s a rollercoaster. Many of the endings might not be happy, but in the end you might still just come away proud of where you’re from simply by surviving.

Rockingham shows off an all-too-brief but strongly knit nucleus of songs for Barham. Rarely do they need more than just his voice, spare acoustic guitar strums and fills here and there of instruments like piano, percussion, banjo and harmonica. And while his work can be just as soulfully raw with AA, it’s nice to see Barham step to the side for just a moment to show off how strong his solo skills are as well.

In either formation he proves extremely captivating, and when paired with a novelist’s sense for lyricisms it’s impossible to not be stopped by just the simple need to listen. And while I may throw out plenty of comparisons to other musicians, at the end of the day Barham is an artist unique unto himself. 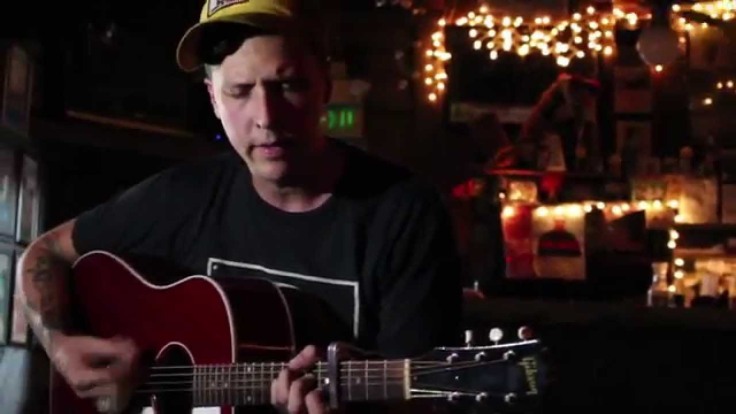 For everything Ryan Adams has almost hatefully thrown away about his Southern heritage, BJ Barham has embraced with a full-throated authenticity that few others are so gracefully capable of. And it’s not because they can’t write it.

Barham just sings it with a singular, steely-eyed conviction that makes me believe every word of every note, each and every time I hear it. And Rockingham is yet another perfect echo of all that Southern Gothic Americana sweat and blood.

See? Told you it would make sense.