So stop me if I’m getting too far ahead of myself, but much like the musicians who owe their success to certain defining moments, genres or locations, as a freelance music journalist for hire…. I have to give it up to NYC.

High fives and fist bumps all around you guys. And that is by no means any offense to areas like Ohio or St Louis who have been extremely generous to me as well, but my first real underground music talent pipeline has come up through these city boroughs. Think of an explosion equivalent to some of those opened up Brooklyn fire hydrants on a hot summer day circa twenty years ago, and you’re starting to get close to the experience.

Point is, I owe a lot to these bands and artists, and I continued that due diligence last week during my regular NYC visit with a stop to Brooklyn’s Threes Brewing to see the Roots Music Gang. Call it a chance to… experience even more of the local flavor if you will.

Take the band Von Kraut for instance. Brooklyn based (as you might have expected) and stripped to essentially the bare acoustics, this trio of Jason on guitar, Keira on cello and Rorie on backing vocals was essentially just… what you see is what you get. There isn’t nearly the layering that appears on their music, replaced instead by a few spare guitar loops, delicate cello plucks, and the interplay of the two vocalists strongly complementing one another on the harmonies.

Jason and Rorie’s vocal styles actually might initially seem like strange bedfellows, as his is more of a whisper thin height while hers resembles more of a low set willowy blues. Jason in fact reminds me a bit of a combo of the falsetto of Wilco’s Jeff Tweedy, and the gossamer strand spiderweb murmurs of Sparklehorse’s Mark Linkous. Nevertheless, the two fell in rise and fall with a vocal chemistry that kept me glued throughout the set. 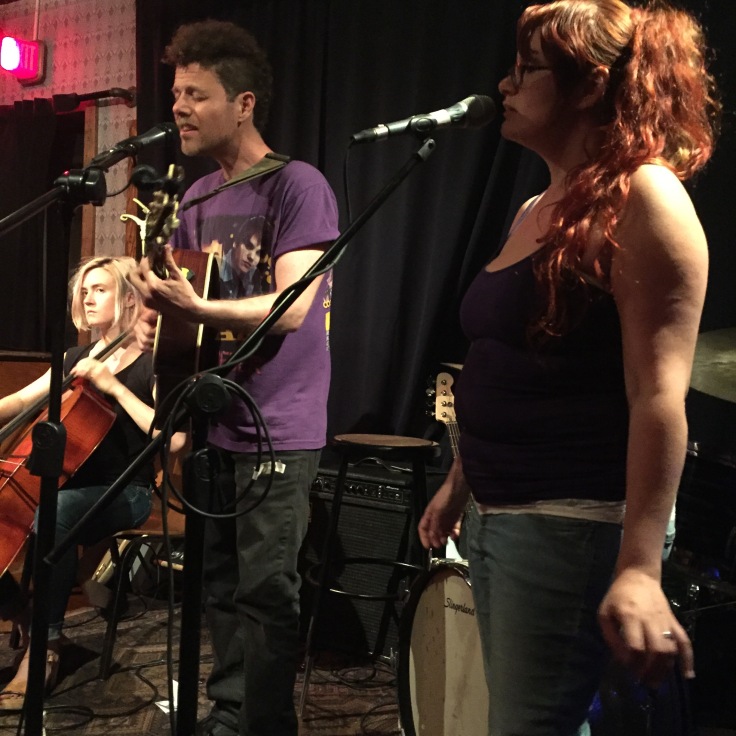 And speaking of spiderweb strands, I felt that Jason’s songwriting strongly echoed the feelings deeply embedded into his falsetto. The subjects were both light yet tenderly ethereal, laden with the severed heartstrings of breakups and breakdowns that came across as delicate as the cello sitting just to his right onstage. And even when the tempo would pick up into John Mayer-like acoustic blues hopping plucks, the feeling behind it was still that of so many threads of emotion adrift in the world’s sea.

Just… looking for their way home.

And that restlessness was no better exemplified than in the band’s closing cut, a cover of Prince’s “When Doves Cry”. Accompanied only by himself on guitar, Jason took a no-nonsense, rock riffing 80’s anthem and beautifully translated it into a winter worn Elliott Smith narrative of ache and meanderings just simply wondering…. what if? 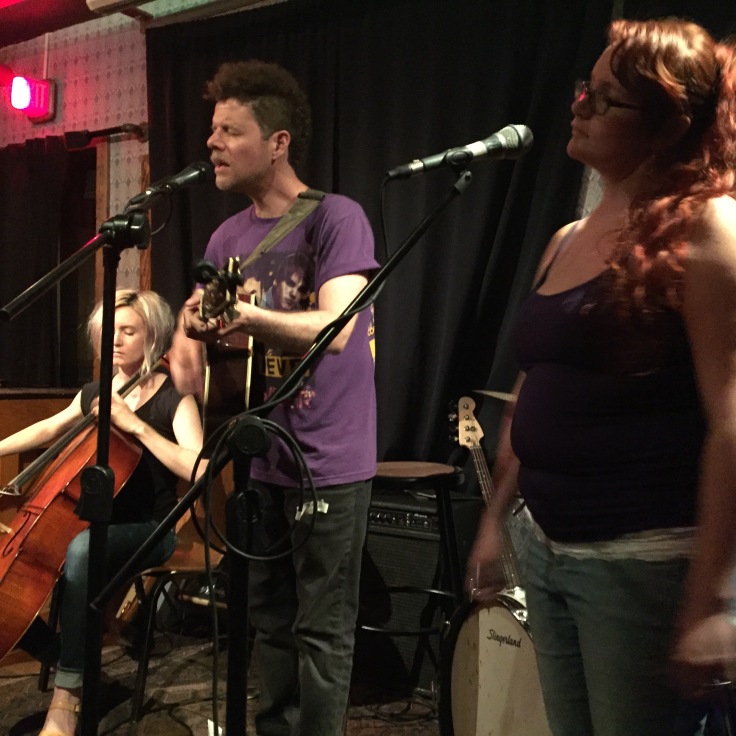 I love a good song cover, but I particularly love when an artist takes it and sees a part of themselves in the song that they identify with. They don’t desire to just play it note for note, they desire to completely REARRANGE the notes and show the listener through telescopic interpretation just what they see. Just what they feel.

That’s truly honest music. And it made for a beautiful way to close the moment.

But while Von Kraut may have made the most out of beautifying the quiet moments that night, solo artist Dylan Sneed took them by the horns of his amplifier, cranked them up “This Is Spinal Tap”-style to 11, and made them stand up straight with their best posture and pay attention.

Sneed has been a sideman, frontman and jack of all trades around the BK scene much longer than I’ve been traveling these alleyways and backstreets, and rarely will you encounter such a sweet and easily affable personality offstage. However when the chips are down and it’s time for the music to be played, Sneed unleashes a force of sheer iron-willed presence that will make you take a step back (even while sitting down).

Accompanied by a pedal steel player, a drummer and a bassist, Sneed ripped through his set with the frenzy and precise passion of a man possessed. One moment he was BB King sliding along the watermarked glass of a Nashville tearjerker, and in the next he and his band were a mental mind fury of jangling frets combined with the eerie psychedelic disillusionment of Carl Perkins on a prod rock acid trip.

To me, Sneed is the type of guitarist and songwriter who warrants such tangled descriptions as he easily chameleons in and out of country gold, blues, stomp ‘n’ holler rock and roll, and riffs worthy of the Roadrunner himself Chuck Berry. In fact, his easy virtuosity often reminded me of Blake Mills, who has also played sideman and jack of all trades as well as capable songwriter with a couple of great solo records under his belt over the years. Though in either man’s case, despite these many capable skills it’s still the strength of the instrumentation that speaks the loudest.

Songs like the unreleased track “War Song” and “Oxford Town” rocketed back and forth between the anguish of mental push and pull, and the pure fury of Texas roadhouse barn burning rock driven to the peak of it’s finest.

All in all, it made for a perfect way to jettison the night off into the stars.

Check out Dylan Sneed and Von Kraut through their Bandcamp albums, on social media, and much more!